I am documenting how I repaired three 8-inch drive door latches. This fix is applicable to Siemens FD-100, FD-120 and FD-200 8-inch disk drives.

Note the position of the door springs and the door lock mechanism on the top of the drive before removing the front panel. The door lock looks like this: 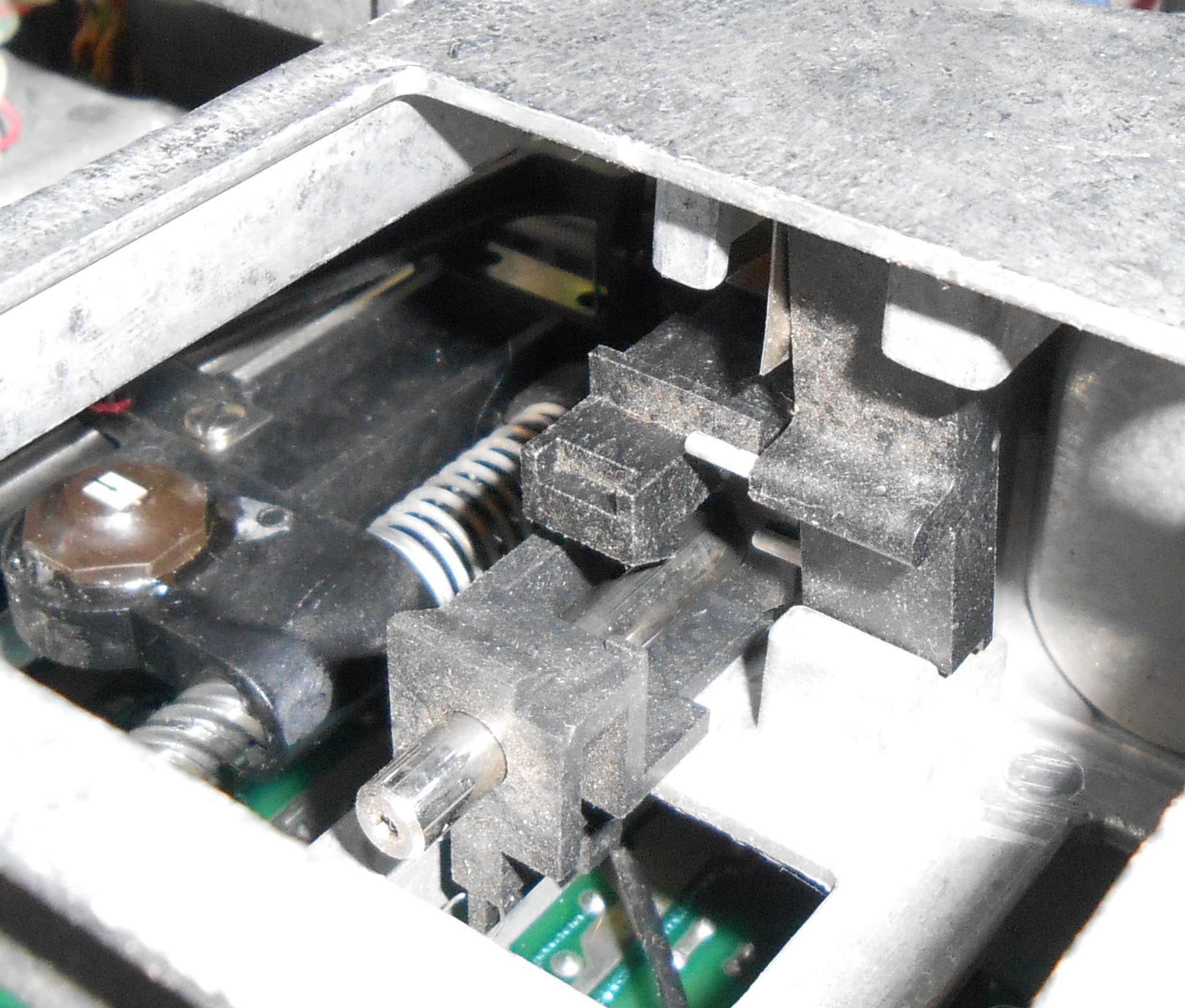 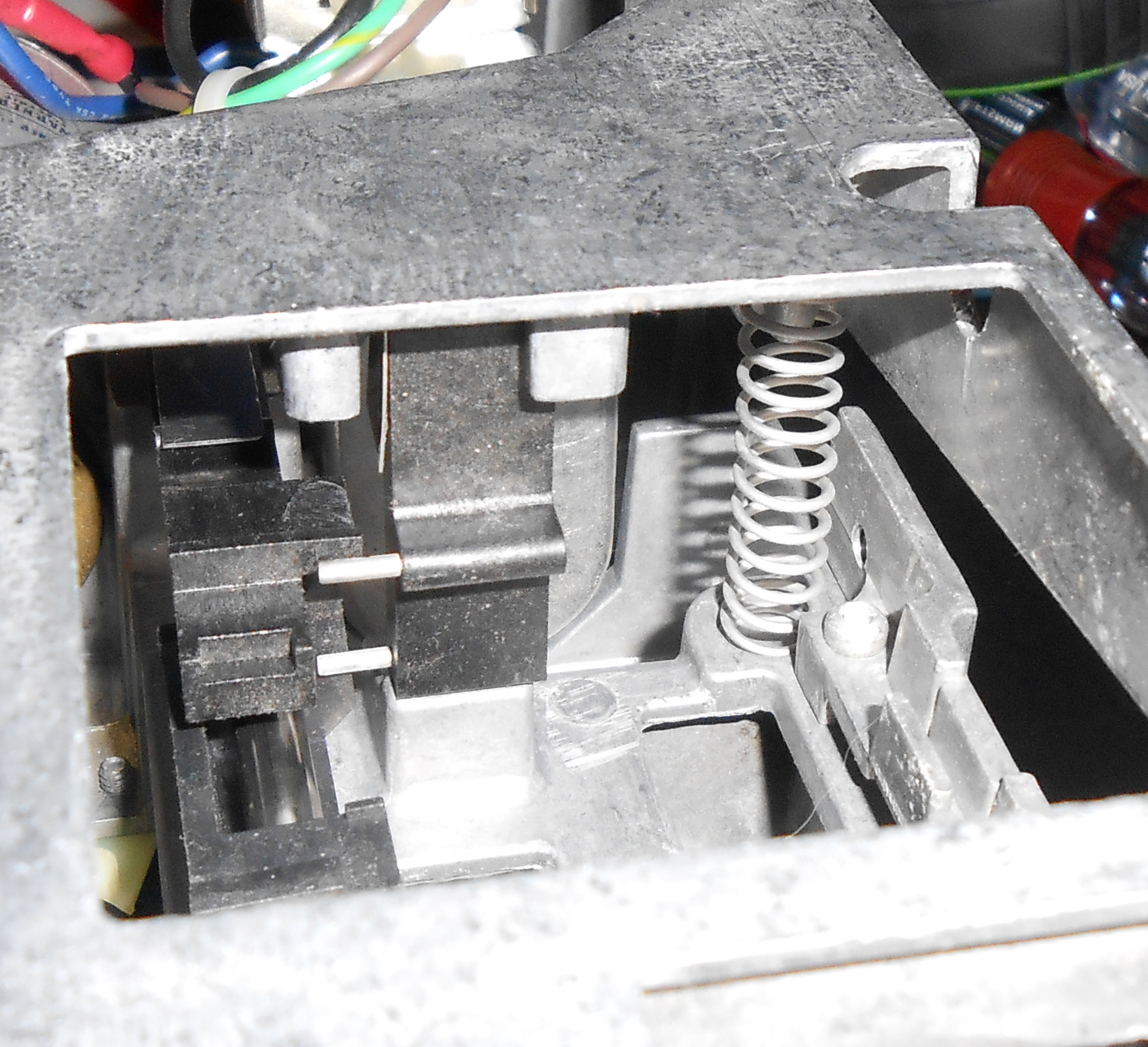 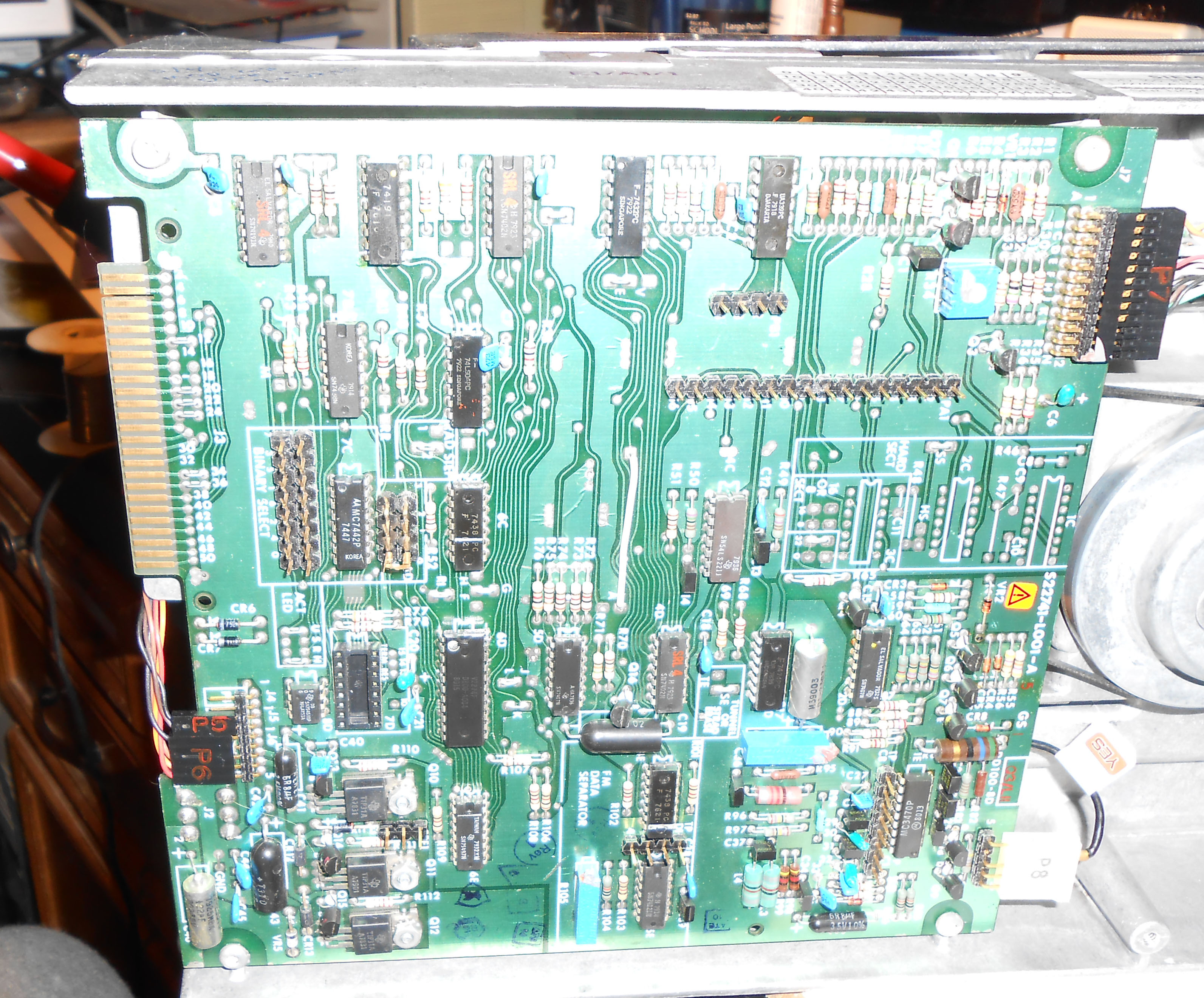 The door latches were broken where they road on the door latch rod. They would slip off the rod and not unlatch the door. Here is the broken latch: 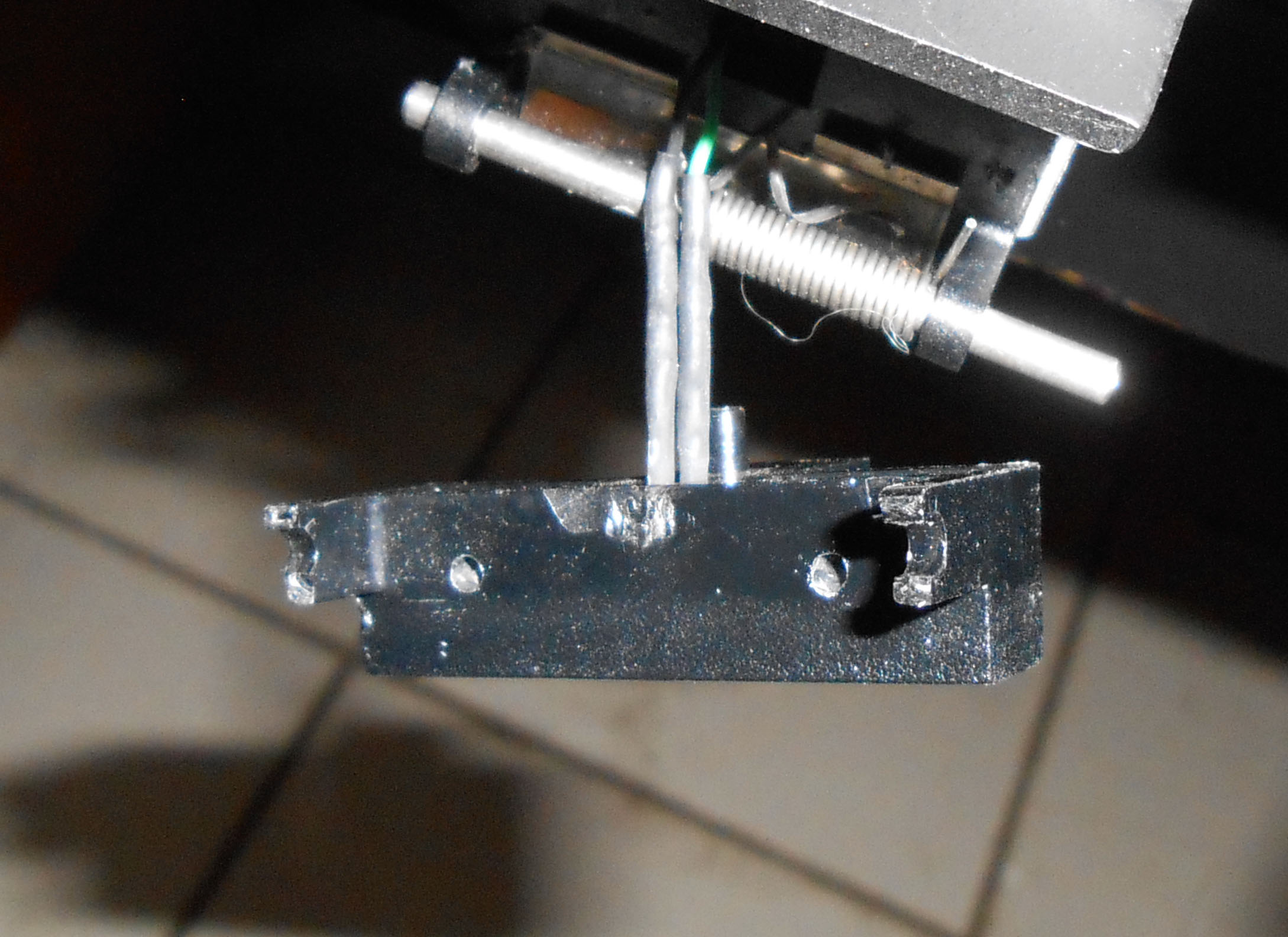 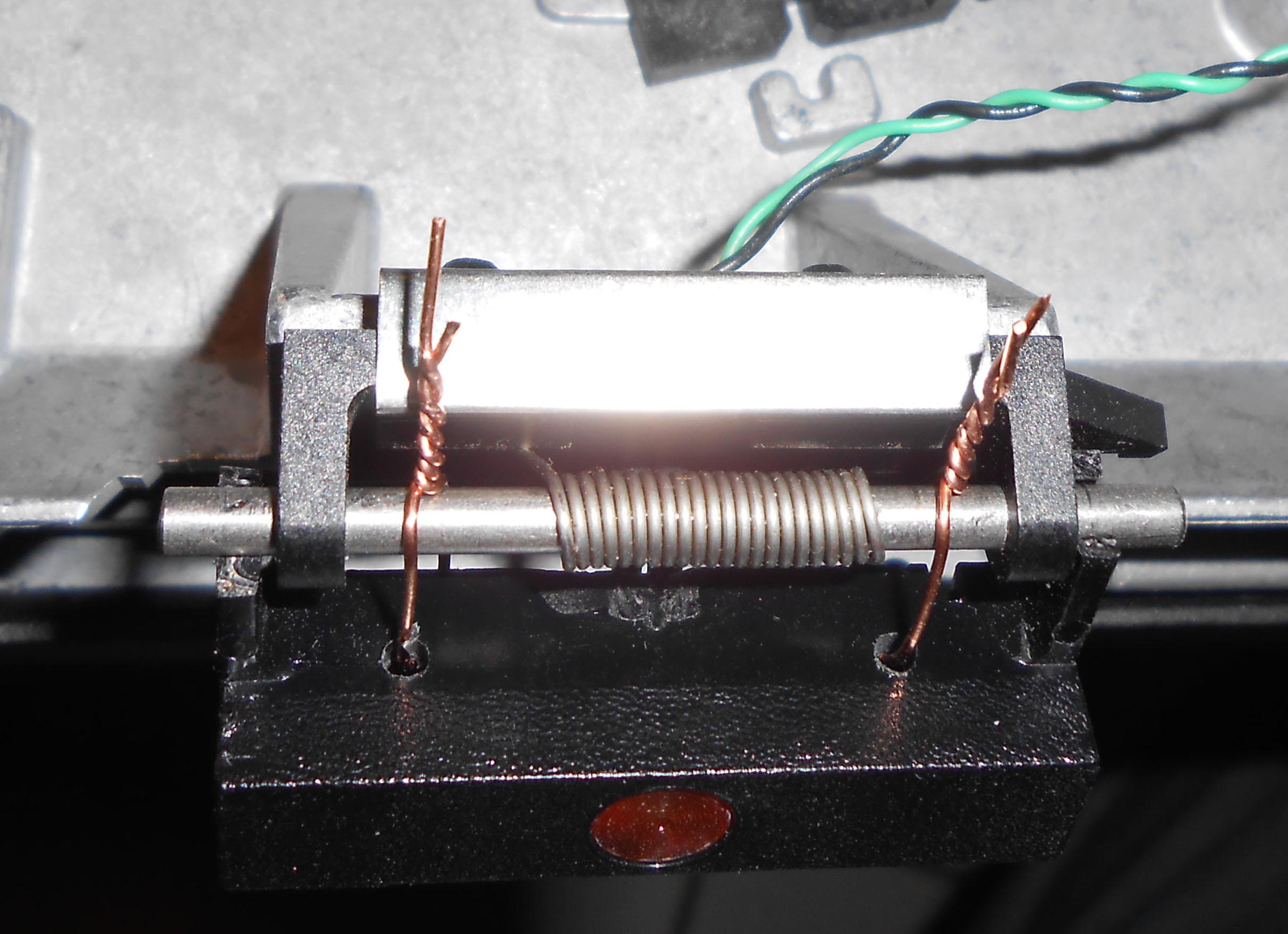 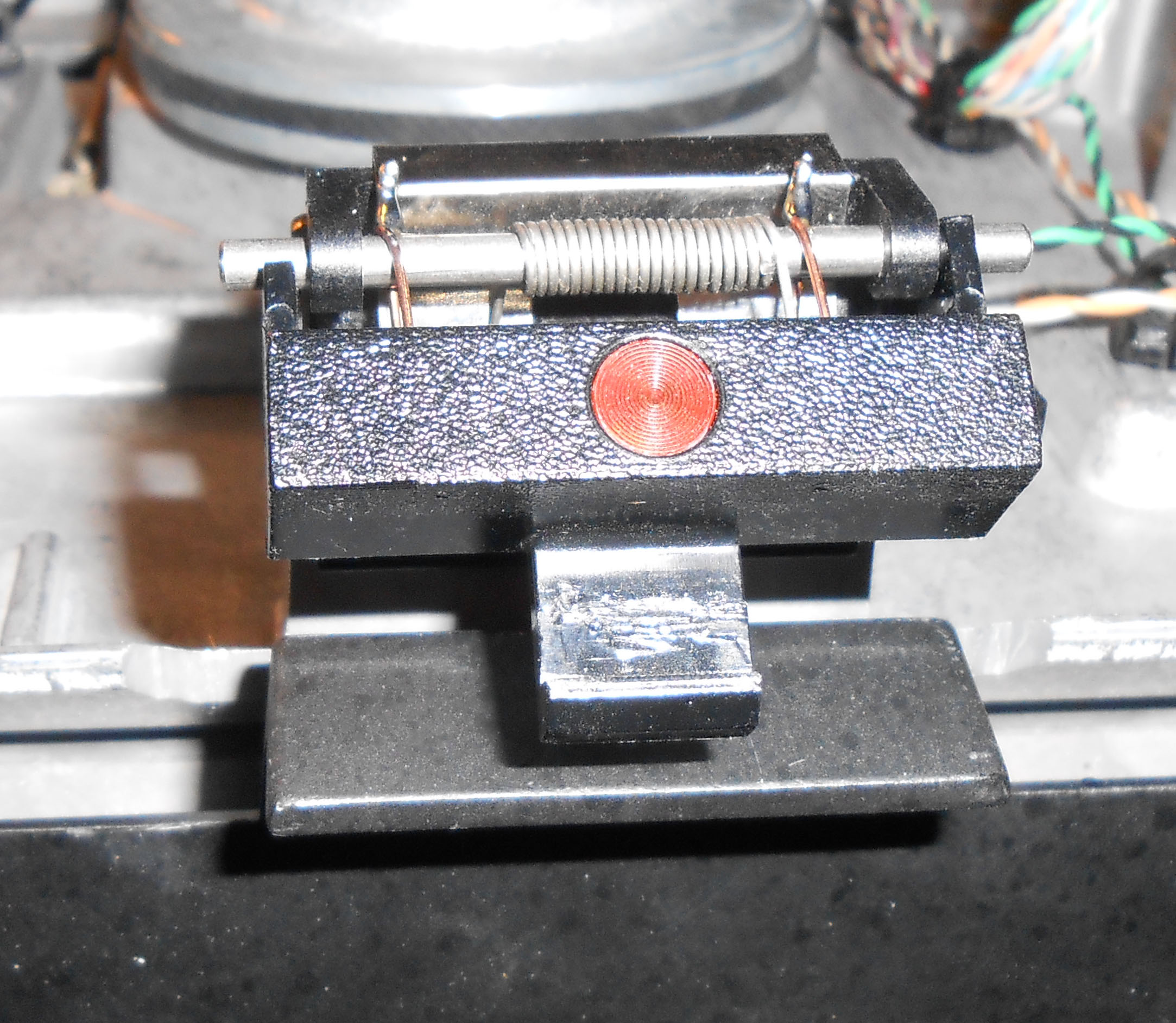 The door lock mechanism on top of the drive on the right side needs to be in the same position it was when the front panel is attached to the drive. The door springs need to be seated on the pins on the door and in the round indentations on the frame.